Texas vs. UTEP matchups from Orangebloods

I’m not going to pretend to know about a UTEP team that won one game last year, but I don’t need to pour through 120 pages of their 2020 media guide to know that Texas is going to control every one of these match-ups. This is a Miners team that has won a total of two games over the last three seasons, and CBS Sports has this year’s version ranked dead last in its preseason FBS rankings. Whoof. Gavin Hardison is the new starter at quarterback and he threw for 212 yards and 1 score (with 1 INT) in the Miner’s season-opening win over SFA. The team’s top two receivers – senior Justin Garrett and sophomore Jacob Cowing – both played well in the opener, combining for 12 of the team’s 17 receptions. Cowing’s more of a deep threat of the two.

The running back position is described as being maybe the deepest on the team, but that took a hit this week when projected senior starter Quardaiz Wadley opted out of the 2020 season earlier this week.

It was Deion Hankins doing the heavy lifting in week one. The redshirt freshman is from El Paso and holds the city’s high school rushing record, so he has some talent. He went for 113 yards and 2 TDs on 17 carries against SFA. Senior Joshua Fields logged 11 carries but averaged just 2.2 yards per attempt.

It’s a pretty young group up front for UTEP. It gave up just one sack last week, but I’d expect that number to go up quite a bit this week. Left guard Bobby DeHaro is a solid player who has earned honorable mention all-conference honors in consecutive years. Redshirt freshman Jeremiah Byers is a player Dana Dimel has spoken very highly of, saying he potentially has an NFL future. The center and right guard are both freshmen.

UTEP actually has some experience in the secondary, with two senior starters at corner in Josh Caldwell and Duron Lowe. Safeties Broderick Harrell and Justin Prince are both juniors, and nickel back Dy’Vonne Inyang is a senior as well. Lowe’s a one-time Texas Tech commitment and Caldwell had 11 PBUs last year. Inyang led the team last week with 6 tackles. This group limited SFA to just 133 yards passing last week.

UTEP switched to a 4-3 this year so there are some unknowns with the Miners’ front-seven. The leading returning tackler from this group, Sione Tupou, transferred to Texas State. Senior Jayson VanHook started every game last year and finished with 52 tackles. Senior Stephen Forester is a guy Dimel said they can build their defense around, so he’s a name to know. JUCO transfer Tyrice Knight is a player with some talent and recorded four tackles and a sack last week. UTEP held SFA to just 97 yards on the ground last week.

UTEP’s defensive line was flat out bad last year, so the Miners are hoping that switching to a four-man front may create a little more havoc from this group. Sophomore defensive end Praise Amaewhule is the name to know here, if you can remember it. As a freshman in 2019, he led the team in sacks (3) and tackles for loss. Senior Josh Ortega starts opposite of him, but I couldn’t even find him in the stat book from last week (Amaewhule was shut out too, other than 2 QBHs). JUCO transfer Kelton Moss is a guy to watch at defensive tackle. He was a second-team JUCO all-American last year and finished with 3 tackles and 1 TFL in the team’s opener.

If there’s one area that UTEP matches up reasonably well on paper, it’s in special teams. Kicker Gavin Baechle, a junior, is good. New punter Josh Sloan is an Aussie who steps in to replace Mitchell Crawford, who transferred to Michigan State. Since he’s from Australia, I’m just going to assume Sloan has a big leg, but he’s played all of one college football game. Justin Garrett is reliable as a punt returner. (Side note … if you’ve read this far, you really are starved for some actual football talk!) 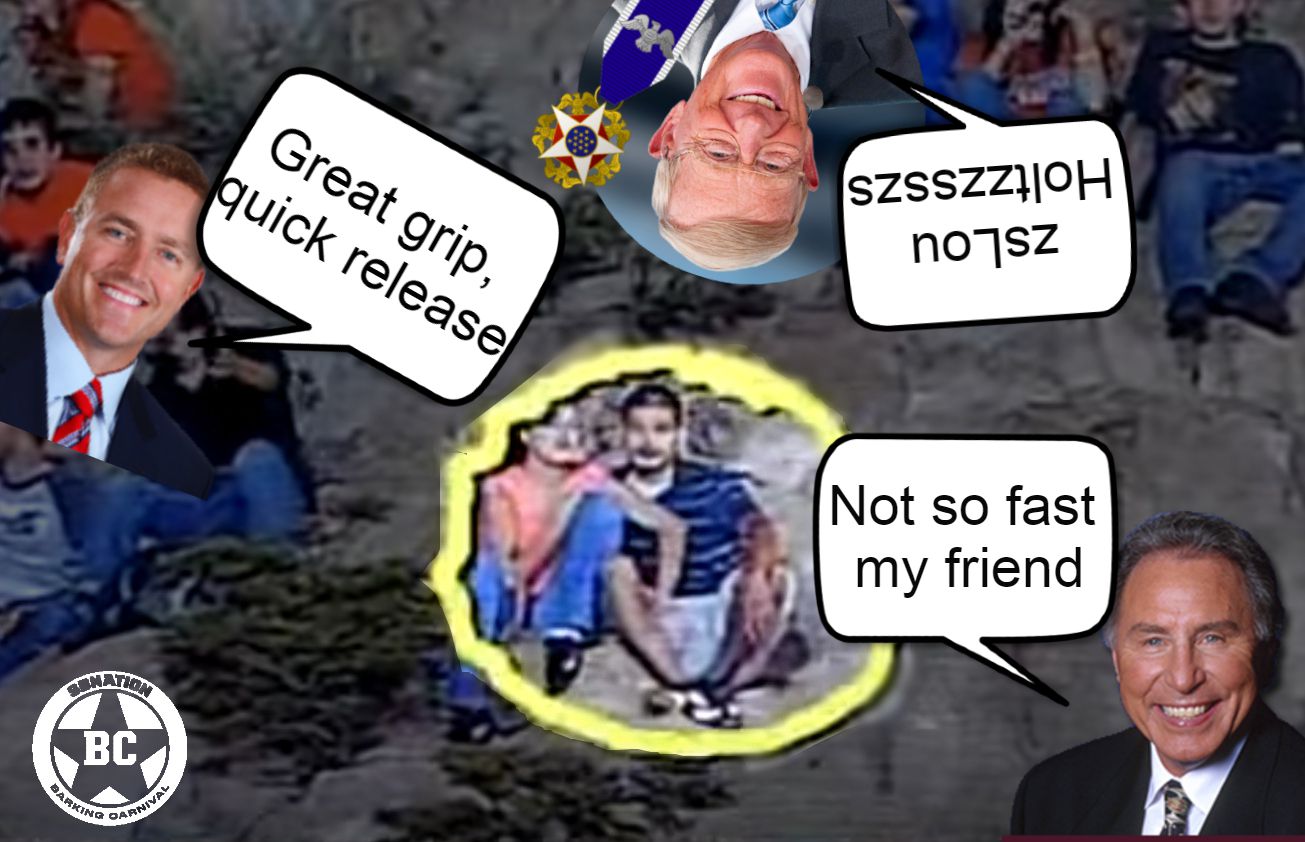 NoNCAAWinsSince1992 said:
Who would have thought Texas would have the edge over UTEP? Great premium content!
Click to expand...

unihorn said:
you got it free
Click to expand...

Give him a "Bozo Button" or "Fill the bucket Grand Prize Game!!!" chance ....Take it away Bozo!

Kansas fans brought a good crowd to the UT soccer game.
You must log in or register to reply here.

Utep only team in Texas

UTEP is a BIG step for Joe Golding